Like many non-profit organizations, due to COVID 19, our program activities are currently hibernating. In…

Our awesome team of trekkers had a wonderful trip to Bozeman, Montana.  Please take a…

Ten days of hiking, kayaking and mountain biking in the summer sun soaked wilderness sounds like the trip of  a lifetime for a city kid.

We’re about to find out, thanks to Healthy Green and Into the Outdoors’ (HGIO) new Health Trekker Program — a six month physical training regimen for teens. The goal? Pushing kids unaccustomed to working out to complete a series of rigorous physical challenges.

“We’re doing what we need to so they’re ready for our summer wilderness program,” said Tammi Harris, assistant executive director of One Great River, a lead partner in our Challenge for a Healthier Louisiana grant supported HGIO wellness program (Harris is also the project director for the Shreveport based project). 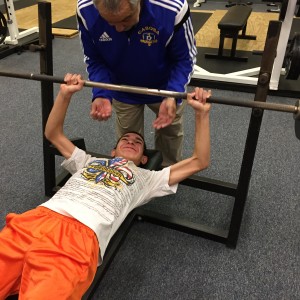 One Great River is an outdoor adventure program that specializes in leading teens on weekend adventures — a wall climb here, a kayak ride there, a ropes course now and then. But a six month physical fitness program, all leading up to a 10-day outdoor adventure?

“This is truly taking our program to another level,” Harris said, “This is completely new. “We’ve always done physical stuff with our kids. But nothing like this. It’s introducing us all to a much higher level of activity.” 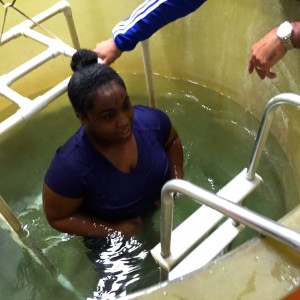 The program works like this — every kid, 21 in all, ages 14 to 18, endured a series of physical stress tests throughout January. Bench presses, stationary bike sprints, blood pressure tests… Even a hydrostatic water tank test to get a true BMI (body mass index) measure. For some, it was a nerve-wracking experience.

Moments later, her worst fear came true as she was settled onto a workout bench and ordered to push-up a bar laden with weights. 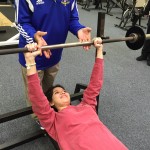 She screwed up her face and tried to lift until she giggled in that way young girls do when they’re a little embarrassed.

“I’m scared it’s going to fall on me,” she declared.

“Do you trust me,” asked Dr. Jesse Demello, an associate professor at LSU Shreveport, Department of Kineseology, who volunteered to lead the fitness challenges. “Because I’m not going to let anything fall on you.”

Her brother, David, faired a little better, using his 85 pound frame to lift more than half his body weight — 45 pounds. 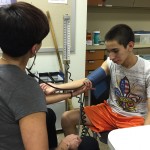 Then the duo hit the stationary bikes, peddling as hard as possible.

In the end, Maria and David, and 19 other teens, will be given “workout prescriptions” that they’ll follow weekly. Once a week, they will return to the Shreveport campus (where the tests took place) to gauge their progress. In the end? The expectation is that they will have no problem handling activities in the wild come this summer. Where, exactly, hasn’t been decided yet, but HGIO leaders are hoping for Wyoming.

The trip will cost about $28,000 (to cover the kids and nine adult supervisors). Most of the travel funds are coming through community sponsors and other fundraisers, including neighborhood runs and biking events. But all of the prep for the Trekker project — the testing, exercise prescriptions, monitoring, weekly meetings — has been made possible through funds from our own Challenge for a Healthier Louisiana grant program. 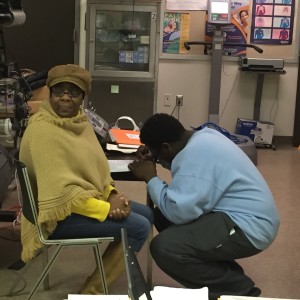 That’s because HGIO created the Trekker project using funds left over from Challenge Grant projects earmarked for the Shreveport area in 2013 and 2014. BCBSLAF leaders gave HGIO another chance to come up with ways to spend the funding, instead of returning the left over dollars, by the fall of 2015. This fall marks the third of final year of the Challenge Grant program. HGIO project directors took advantage of the opportunity, creating several new projects, including the Healthy Trekker Challenge, a new mobile vegetable market and a community learning garden. In total, the seven local partners that make up the HGIO project will split over $80,000 on community wellness projects.

As for the Trekker project, it apparently was a much needed shot in the arm for many of Shreveport’s kids. As Dr. Demello noted, most of the kids he screened for the program were woefully out of shape — meaning they have a long way to go before they’re ready for a vigorous summer outdoor program. But as he finished testing his young group, he was undaunted by the task at hand.

“To me, these are just normal kids,” he said. “And that’s what we want. We don’t want a bunch of athletes. We want kids who maybe aren’t sure if they can do this. Because in the end, we’ll show them that they can. And that’s our job, to show them how.”